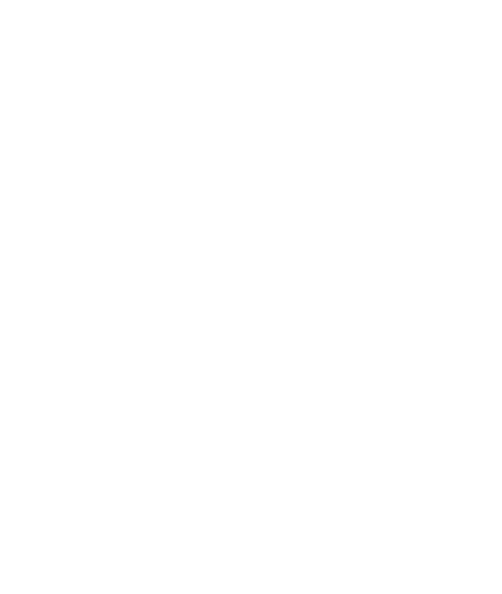 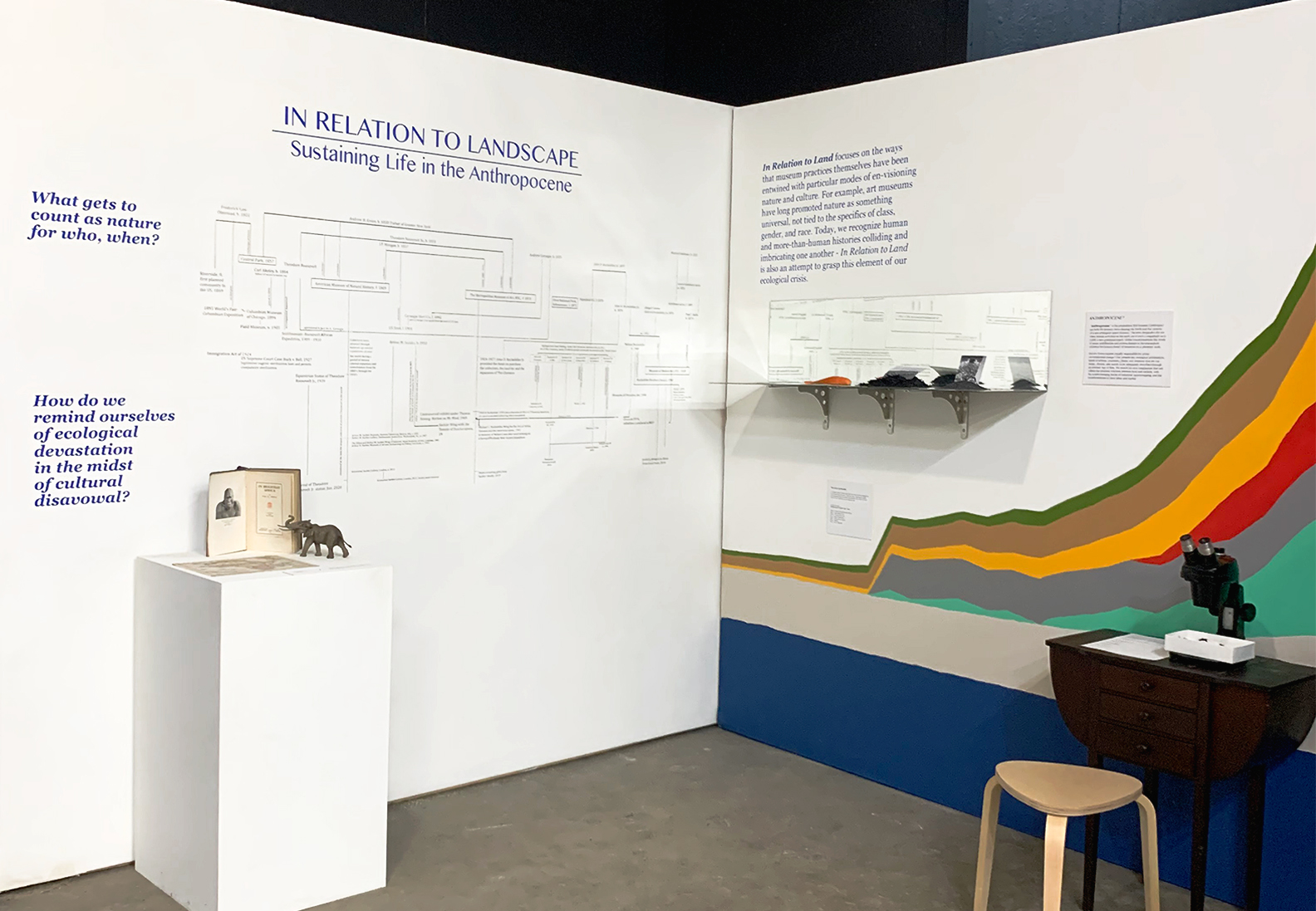 In Relation to Landscape:
Sustaining Life in the Anthropocene

past exhibit at the museum

In Relation to Landscape focuses on the ways that museum practices themselves have been entwined with particular modes of en-visioning nature and culture. For example, art museums have long promoted nature as something universal, not tied to the specifics of class, gender, and race. Today, we recognize human and more-than-human histories colliding and imbricating one another - In Relation to Land is also an attempt to grasp this element of our ecological crisis.

In Relation to Landscape: Sustaining Life in the Anthropocene speaks to the out of joint-ness of earth systems through displaying the Anthropocene as an open question: Do we really live in this “epoch” called “Anthropocene”? On one wall is painted an overlay of graphs depicting the “Great Acceleration,” the name in a sudden, sharp spike in earth and human systems beginning around 1945. The graphs of the Great Acceleration show us that human caused change at the planetary scale has not been linear, but that there was a rapid change in the rate of change to both human and natural systems after the second world war.

Above the graph and displayed against a rectangular mirror, are piles and samples of commodities: poppy, rubber, salmon, and sugar. Commodities such as these trace the global connections between capital, species, commodity circuits, ecological pressures, and consumption. They pay tribute to the ability of neoliberal capital to compress space and time; they bear witness to what Anna Tsing has called the “Plantantionocene,” the radical human and non-human simplifications that has characterized the proliferation of capitalist production. Simplifications of complex, historical inter-species relations, as for instance, in the case of contemporary salmon farming, has gone hand in hand with the simplification of labor, as in the slave economy where jobs are simplified. Poppy seeds, on the other hand, signify present climate pressures on farmers in the Middle East where growing poppy for illegal opium production becomes more practical and profitable in the face of long term climate change fueled drought. Following the stories of such commodities takes us down paths that complicate any narrative of Anthropocene – rather, casting the very notion of Anthropocene as far too human-centered, ignoring messy practices of capital and ecological simplifications.

Whose histories are recorded

Museums are “public” in a meaning of that term only possible in late capitalist society. As repositories of cultural patrimony, they are nevertheless run by a private board of trustees. In the United States in the early twentieth century, wealthy industrialists pooled their capital to create the nation’s first major municipal and state museums, telling stories of domination through the prism of nature.

Using a solvent transfer technique, producing the Art and Industry Genealogical Chart for the exhibit involved individually rubbing each letter and line directly onto the wall. This erasure-like action reproduces these lineages along with the events of the present: including the removal of the equestrian statue of Theodore Roosevelt from the steps of the American Museum of Natural History in New York City.

Art and Industry Genealogical Chart, 2021
HCJM research about the formation of US museums in the late 19th and early 20th centuries

Changing the way we interact with nature has a lot to do with changing the way we think about and imagine nature. As a term, nature is one of the most complex words in the English language. American relations with nature have been long formed through the discourses of environmentalism and transcendentalism. For transcendentalists, nature was a way to speak to the divine. But only specific kinds of nature: it was the visual vistas of mountain peaks, waterfalls, and valleys where the transcendentalists found God. These vistas became the first national parks in the United States, and art played a significant role in this process. Thomas Moran’s 1872 composite painting of Yellowstone traveled to Congress where it helped convince Senators to make that area the first national park.  And yet their ability to consider that landscape as wilderness directly depended on erasing the presence of Native inhabitants. What are the ramifications of ideas of wilderness and nature which are predicated on the invisibility of Native peoples? Today, the battle lines over indigenous rights in America are drawn differently. The proliferation of mines, pollution, and pipelines disproportionately affect Native American lands. Indigenous led protests over the construction of Line 3 in Minnesota’s Fond du Lac reservation highlight important aspects of contemporary Native struggle. 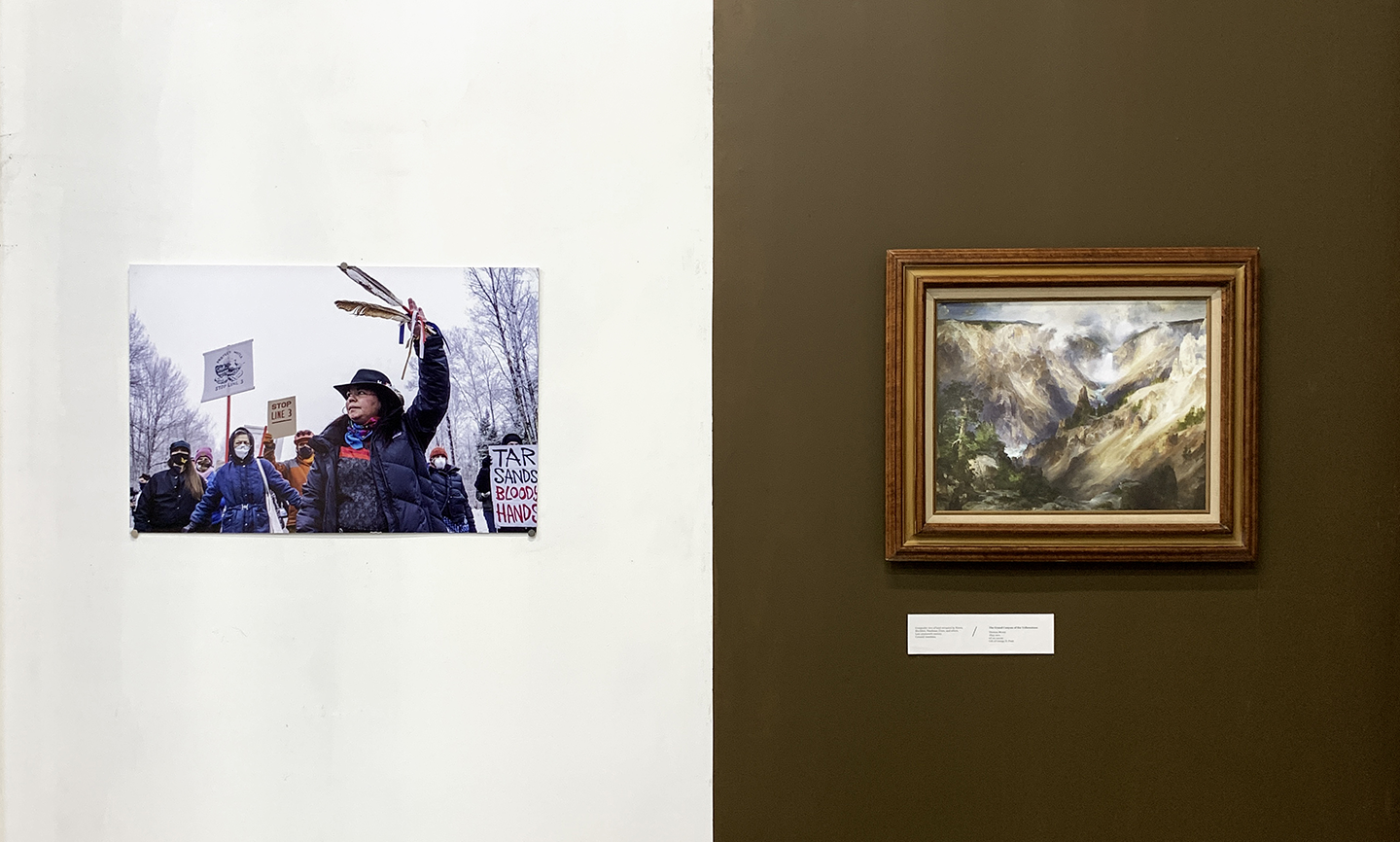 Left: Sarah Little Redfeather of Honor the Earth dances with an eagle feather in front of the construction site for the Line 3 oil pipeline near Palisade, Minnesota, on January 9, 2021.
photo by Kerem Yücel, printed with permission of the artist, inkjet on crystal archive matte paper, 2021

Dioramas in natural history museums typically display animals as living separate from or prior to human involvement. Habitat dioramas were developed as a technique in the late 19th and early 20th century, and are used to underscore the importance of conservation. These scenes reveal our often fraught relationships with our ecosystem and the ways in which we relate to the natural world. The grand expeditions to hunt and bring back a representative number of plant and animal life are problematic on their own, but what these ‘realistic’ dioramas tend to do is to suggest that our human actions take place outside of the rest of the natural world. They fail to show how our actions are deeply intertwined as complex systems and cycles, and ask us instead to mythologize and romanticize a world prior to human existence. 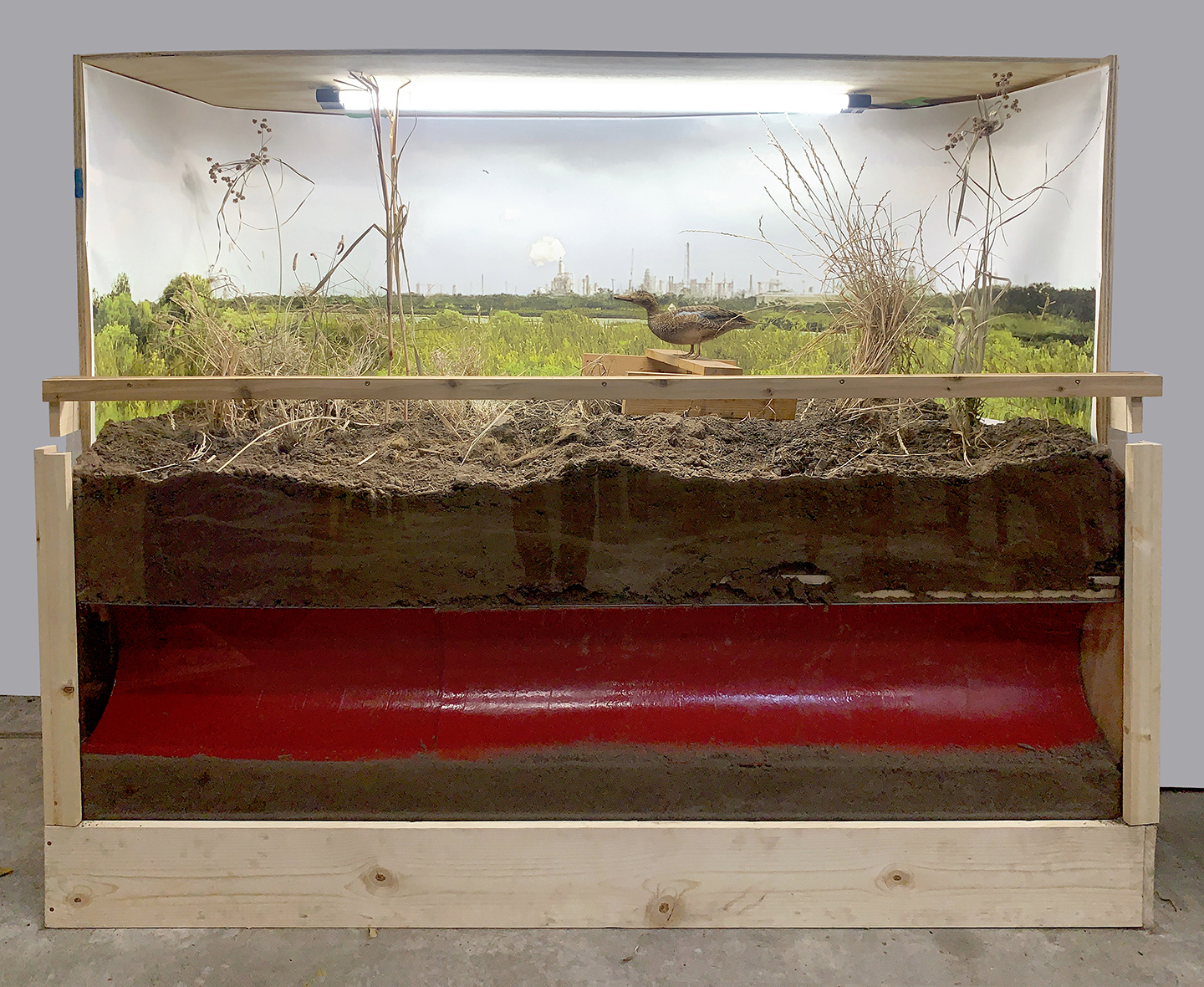 What we tend to think of as our ‘natural’ spaces - national parks, wildlife preserves, arboretums - are themselves intensely managed sites. These natural ecosystems also include the human infrastructure needed to maintain these areas: large maintenance crews, water and power utilities, and in the case of the Texas City Preserve - a natural gas pipeline and the wealth extracted from the site that makes conservation possible. Rather than a “wild” area, the prairie is a complex site that would not exist without human intervention.

Without the continuous maintenance to ensure biodiversity, the preserve would look vastly different: invasive and noxious species like the Chinese Tallow would outgrow most other plants. The tallow because it was isolated from its natural competitors and brought to new areas by our hands will then continue to be tied to our actions or inactions. As part of the diorama, tallows will be removed from yards and nearby areas when possible.

The Anthropocene is vastly different depending on where one lives, and who one is. For example, it looks like polluted air and water for those “fenceline” communities along the Gulf Coast who live near and among dense passages of refineries. It also looks like migration from Central America to the United States through inhospitable deserts around San Diego. A confluence of climate changed accelerated drought and U.S. agricultural policies have made immigration more urgent for many. What seems apparent then, is that how we think about “nature” has a lot to do with how we think about other people. 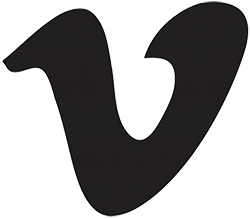